“No guts, no glory,” says Tara Ford when asked what her life motto is. It’s a simple statement that alludes to a driven woman who goes after what she wants, with success in mind. LBB last met Time with Tara in her role as ECD at DDB Sydney Fast-forward three years and we speak to this enthusiastic mother of four in her new role as CCO at The Monkeys, part of Accenture Song.

Tara shares that the best advice she was given when she stepped into a leadership role was to “make a decision, and if that’s not right, just make another decision.” “That was very liberating at the time,” says Tara. Confident decision-making and important delegations have certainly been instrumental in keeping aspects of her life organized and productive, as well as focusing on creating award-winning work.

“I have always risked stepping out of my comfort zone and into the unknown. There really is no point in being moderate in this business, or in life,” says Tara. True to her conviction, she has shone through an incredible four-year tenure at DDB Sydney, where she rose from ECD to CCO and garnered well-deserved accolades and awards.

Raising her family at the top of her career has meant testing her limits. “I’ve won a few awards, but ‘Mother of the Year’ isn’t one of them! It’s getting easier now that my kids are growing up. I can honestly say that I don’t really know how I did it when everyone was little. I can’t remember sitting very much. It was ‘go’ or ‘sleep’ (and not much of that). When your limits are tested, it’s amazing what you’re capable of. I always loved what I was doing, so it helps bring energy and motivation. The excitement of talking about great ideas never gets old,” says Tara.

Recounting the highlights of her career, Tara cites winning her first Grand Prix at Cannes for ANZ Bank’s GAYTM campaign as one of the turning points. “It was a campaign and a cause that she passionately believed in and had put her heart into for many months,” she says Tara.

“Also, being promoted to CD, to ECD and then to CCO; These are all the steps to a dream come true. Personally, she had never been exposed to such recognition as a woman before, so she had another layer of electricity for me.”

Working at The Monkeys, Tara is excited to be working with “some of the smartest people in the industry, both here and globally in our Accenture Song network.” “We are in an exciting time in the industry. So I like to think that the best is yet to come,” says Tara.

LBB> From ECD to CCO, how have you seen your responsibilities evolve and how does that influence your prospects as a creative?

Tara> As a CCO, it’s very important to be able to see the big picture and anticipate what’s coming. It’s about the business as a whole. It’s still about creativity, but also a lot about people. Making sure the environment is right for an amazing group of creatives to flourish. Set the vision and direction for them to go. And protecting them from things they don’t need to know.

LBB> As an experienced judge at major award shows, what do you hope to see from the submitted entries? What do you like and what don’t you like?

Tara> On a basic level, I love to see innovative and original ideas beautifully crafted. But I also look for relevance, not just for the brand but for the people it’s made for. Does the world really need this? Do people really want it? Will it improve their lives and get things moving forward? Is the problem real? I don’t like to see jobs that claim to be solving a problem that doesn’t exist or that no one really cares about.

Of course, sometimes a job just entertains, and that’s great too. Because the world could use more of that. And a laugh in the jury room is always a welcome relief.

LBB> Looking back on your experience, what advice do you have for young creatives? How do you think future talent can be best nurtured?

Tara> Be unreasonable in your thinking, energy and actions. She goes further than anyone.

I love seeing the point of view of young creatives; how they see their world and think about what could be done better or differently. Things don’t have to be the way they’ve always been. The idea is still as important as ever, but the delivery and the result feel more expansive than ever. Up-and-coming talent must have the time and space to collaborate and let their voice develop and unfold. I try to give them the widest possible canvas to apply their problem solving and creativity. 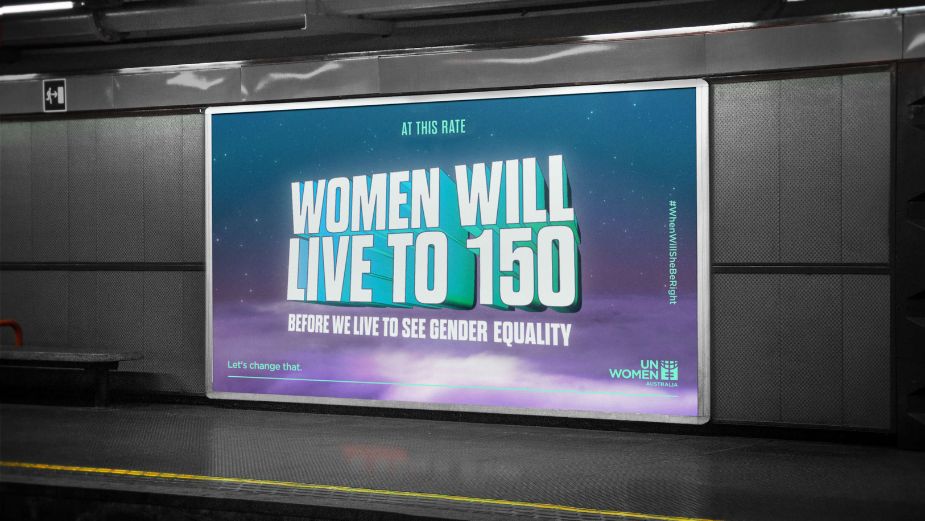 LBB> What does the Equality: Our Last Frontier campaign mean to you for UN Women?

Tara> I’m passionate about this. I have spent much of my career fighting for equality and trying to support the great women around me. It is disheartening to know that we are still so far from achieving gender equality.

As I mentioned before, I have children, and closing the gender gap will definitely mean a better world for them too. Equality benefits everyone, which is why it is important for entire generations to come.

LBB> How did the idea come about?

Tara> We’ve talked about the timeline for equality before, and Australia’s complacency about issues that matter is a barrier to change. When we talk about how people would live on Mars before we had equality, we all shuddered at the thought.

It gave us such a visceral feeling that we knew we were onto something. We then investigate all the innovations that are predicted to be a reality before gender equality.

Putting such innovations on a timeline, along with the projection of gender equality, told the story of the absurdity of the situation. And more importantly, it shows where our focus should be. 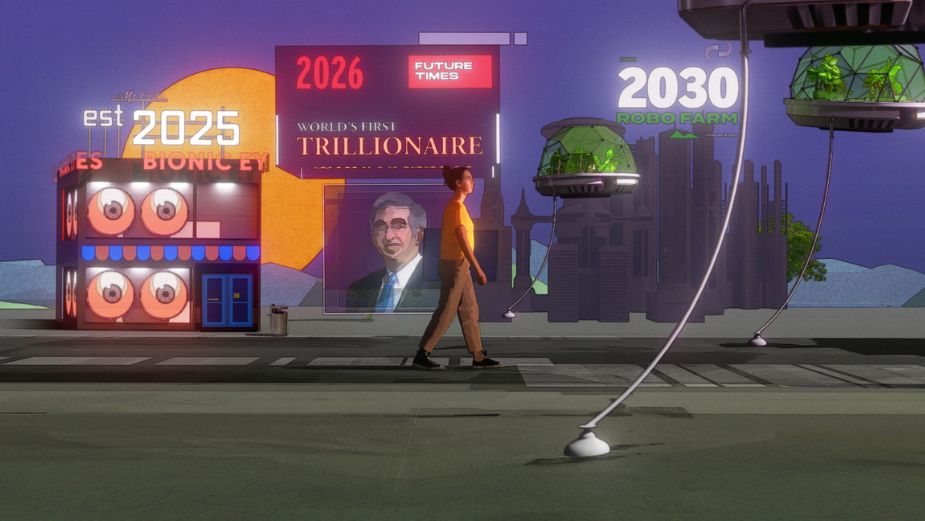 LBB> What kind of projects excite you?

Tara> Which I’m not quite sure how we’re going to accomplish.

LBB> Looking ahead, what are the exciting projects we can expect from The Monkeys?

Tara> We’re looking at some projects that break categories and use the capabilities of Accenture Song. Which is the perfect combination of creativity, data and technology.

LBB> Creatively, what is important for one to keep growing, improving and evolving?

Tara> Know that you don’t know what you don’t know. Ask questions. Collaborate with people outside of your ‘tribe’. Get out of your comfort zone. Don’t keep repeating yourself. He has an open mind. ask some more questions