There will be an exciting update from Epic Games on August 30, along with Fortnite Downtime on all platforms that day. Therefore, players will have to wait a few hours before they can download patch 21.50 and find out everything that is planned for the next week.

In other news, what is the start date for Pokémon Go’s Season of Light?

Fortnite servers are down today. How long will it last?

Fortnite Downtime will begin at 1am PDT / 4am EDT / 9am BST on Tuesday, August 30, 2022, with all game servers scheduled to go offline.

Players must download the latest version of the popular battle royale before they can log in, and fans should always be prepared for possible delays.

Epic Games has warned that the Fortnite servers could be down for four hours for maintenance, meaning the game will be offline until 8am EDT / 1pm BST. While downtime is scheduled to start at 9am BST, the server outage will start 30 minutes earlier, meaning all players should have completed their tasks before then to avoid any issues. 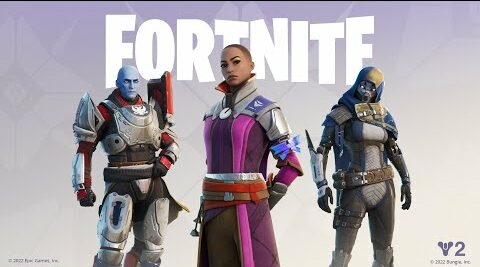 A message from Epic Games explains: “Update v21.50 will be released on August 30! Downtime begins at 4:00 AM ET (08:00 UTC), with matchmaking disabled 30 minutes prior. Please note that in this update we will store the impostor playlists.”

Late Game Arena will be a 60-player competitive experience that begins in a small area on Battle Royale Island, where players will fight until they are the last player or team standing. Popular weapons from the game’s past will be part of the loot selection on the island, and Epic Games confirmed this today:

“Late Game Arena will continue to deliver the fast-paced, instant action that gamers love. You’ll be able to drop in with your trio or “fill up” with new teammates. We are also keeping the Late Game Arena fog-free during the day to provide maximum visibility of your enemies.”

In other news, Fortnite Late Game Arena returns this week