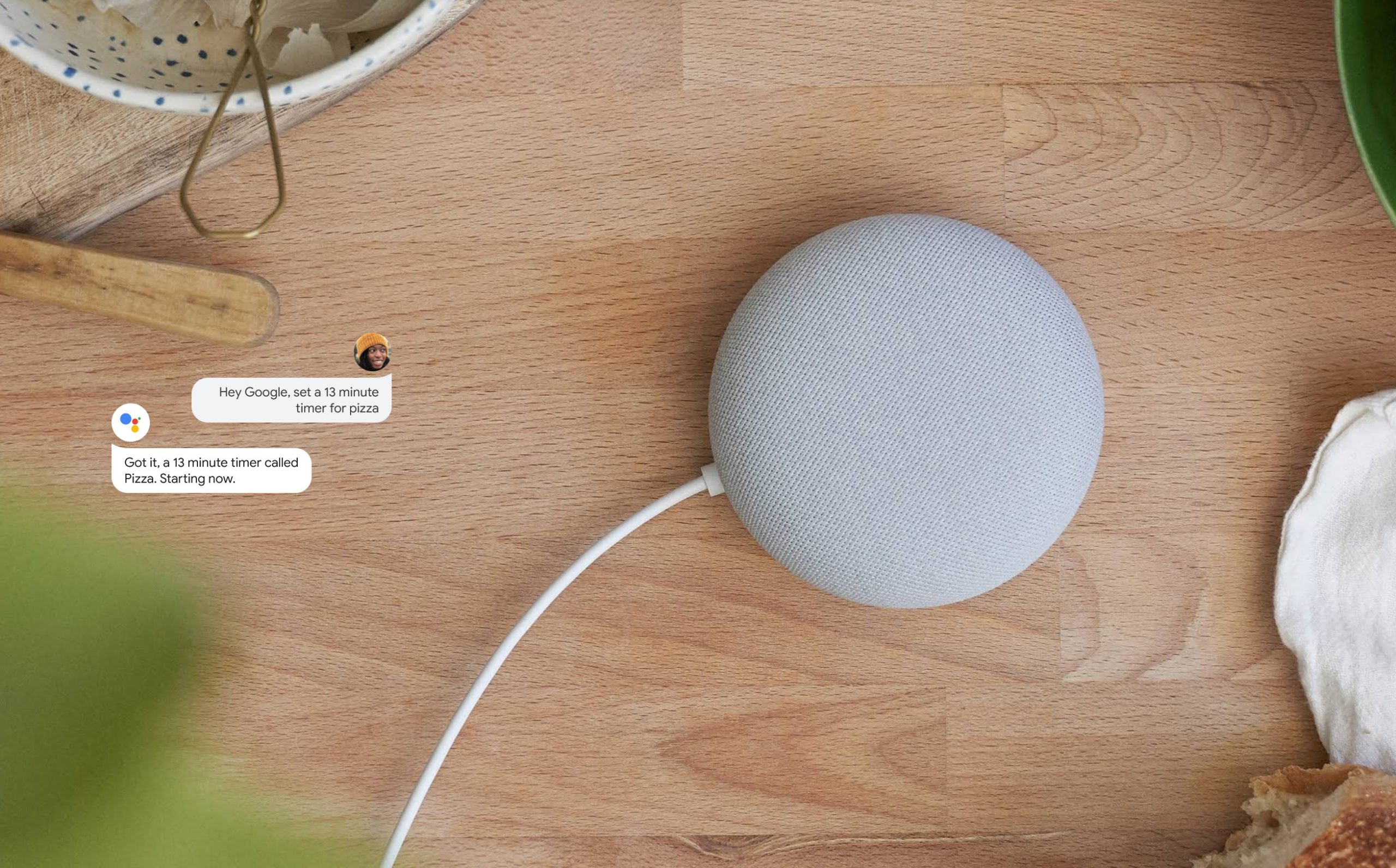 This is a generation after the original Mini that helped make OK Google a household word. There is not much to say about the speaker, so we will make a short review.

We used Fail (below expectations), Pass (meets expectations), and Exceeded (exceeds expectations or is the class leader) against many of the items below. Occasionally we give a Pass (capable) rating that is not as good as it should be and a ‘+’ Pass rating to show that it is good but falls short of Exceed.

You can click on most images to enlarge them.

You can get it in Chalk, Charcoal, Coral and Sky. It’s small, ultimately useful, and the start of your OK Google Adventure.

It actually has some mid and high bass, not that a 40mm mono speaker can do much with it, but it’s easy enough to listen to. The volume is a good 80dB, but don’t drive it too loud. It can be stereo paired (not really hi-fi). It is Mid-centric, which is better for a clear voice.

More important is what the Google Assistant can do

We won’t go into depth, but here’s a good overview. If you want to see if Google Assistant is right for you, start with a Mini.

It’s hard to put a number on Smart Assistant usage, and the figures for Australia are a bit iffy. Amazon isn’t as well known or trusted in Australia, so Google Assistant leads. Indicative figures for 2021/22 put Google at 80%, Alexa at 15% and Siri at 5%. That’s because companies like Sonos (which supports both Assistants), IKEA Symfonisk, Bose, JBL, Lenovo, LG, Yamaha, Sony, Samsung (Harman Kardon), and Google Nest produce speakers with Google Assistant. Many also support Bluetooth Chromecast, Android’s default audio and video streaming.

Every Android smartphone has a Google Assistant built in, as well as Android Auto, Android TV, Android Wear, and more. Google Assistant is so far ahead of Alexa on the strength of these numbers that there is no competition.

Read more: Google Assistant or Amazon Alexa: the battle of smart assistants is over.