With the launch of F1 Manager 2022 today, and last week for digital pre-orders, it marks an important moment in the history of Cambridge-based Frontier Developments: their first motorsport spin-off title in 27 years of video game development.

Located within an industrial estate titled ‘Science Park’, Frontier is housed within an imposing building featuring an equally intimidating reception area surrounded by security and NDA’s.

But, on the face of it, these have little to do with the high-speed, high-stakes world of Formula 1.

“At Frontier, we have earned a reputation for developing deep management and simulation experiences,” explains Andrew Fletcher, Game Director for F1 Manager 2022.

“F1 is a sport that thrives on depth and detail, and it offers us many opportunities to visually present that data in a way that both die-hard fans and newcomers to the sport will enjoy.

“We have a number of F1 fans across the company, including myself and a large number of the team working on the game, so for us, it’s been a bit of a ‘pinch you’ moment.

The resource management of balancing inputs with outputs is where the real parallels between Frontiers’ latest effort and the back catalog are clearest. A key component that will ultimately decide your fate, be it Planet Coaster or F1 Manager, juggling your team’s ability to appease sponsors, pay salaries and simultaneously invest in car development is critical. 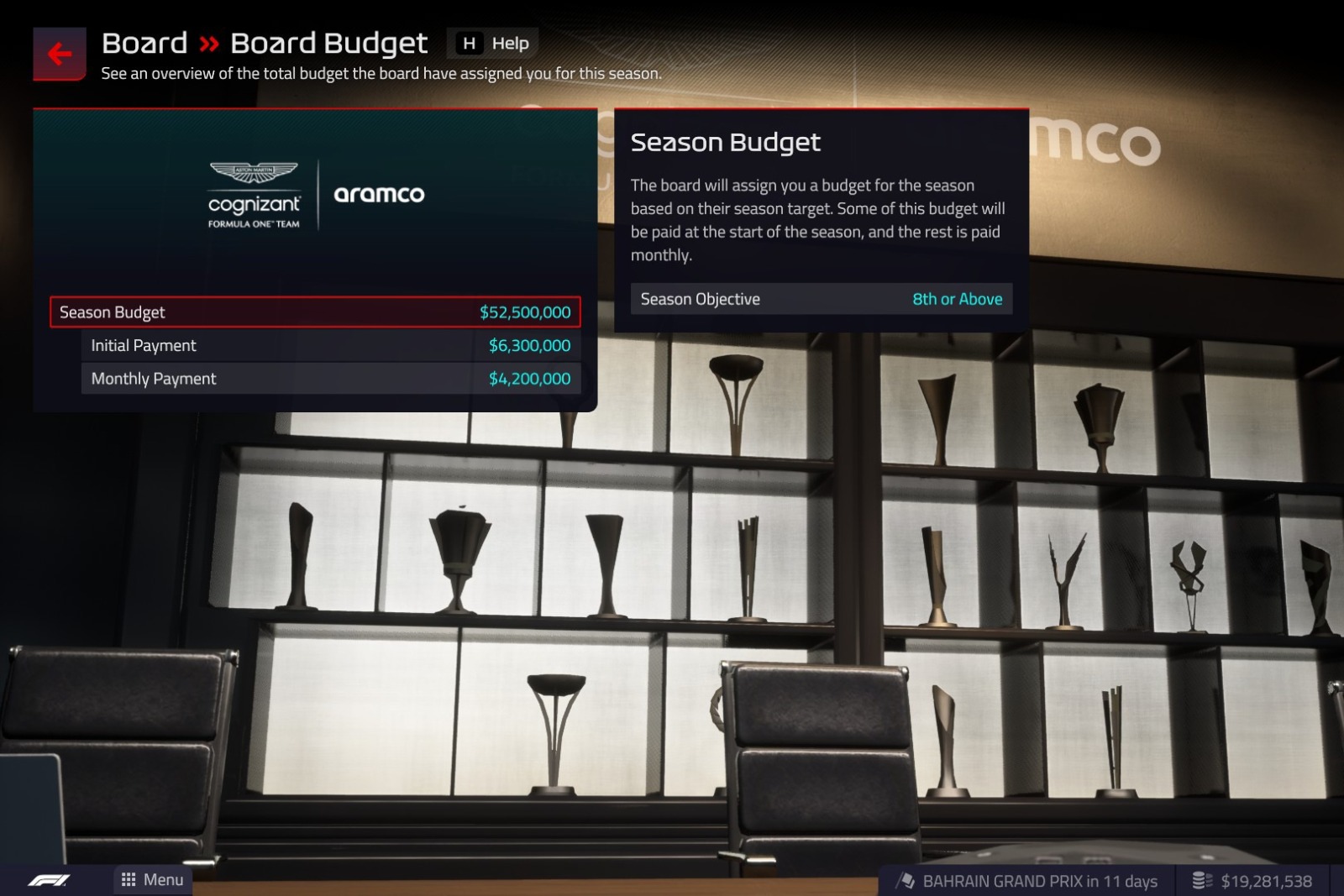 To make this balance look authentic, the creative team first put together a large amount of stats.

“In addition to other relevant data, such as how often drivers exceeded track limits during fast laps, we use these sector times to understand who can successfully carry more speed into the corners.”

When you play F1 Manager 2022 for the first time, it’s the attention to detail that really strikes a chord. Historical red flag and weather statistics are used for each track to give them real character, while evolving information is used to calculate relative pace throughout a season’s development processes. 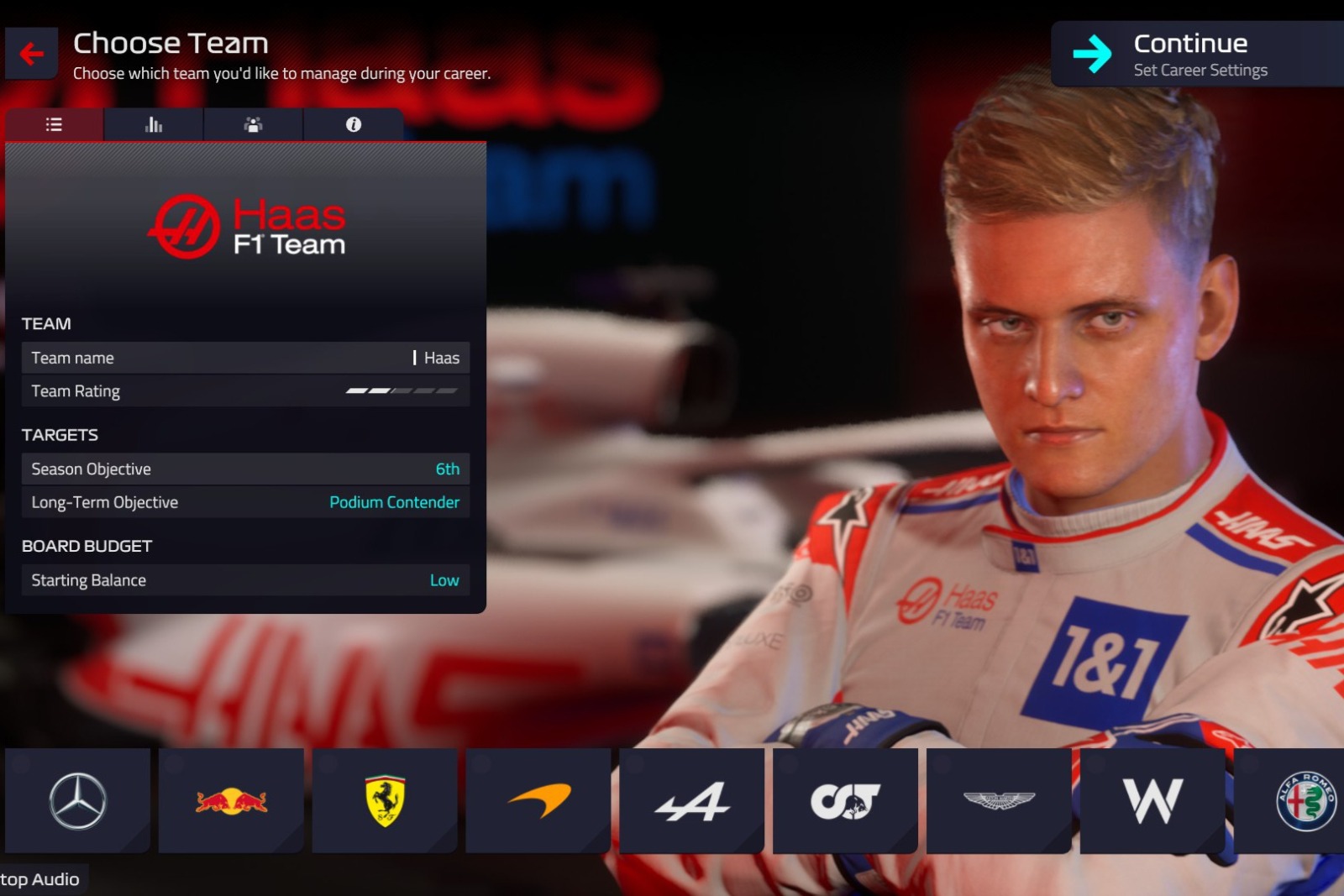 “The design and development of the parts system was developed in close collaboration with the F1 motorsports team to ensure we were as true to the sport as possible, while also providing the necessary flexibility from a game design perspective. to make it accessible to all players.”

However, one thing I found particularly impressive was the 3D modeled recreation of the title races.

You see, with a management platform, this is not strictly necessary. A few dots moving around a circuit map analogous to a driver tracker would suffice, and indeed if you zoom a session to more than four times the speed, that’s what you see.

But below that, each car is visible, moving around the track, overtaking, defending, and sitting on drag-reduction system trains. There are twists, shocks and withdrawals. There’s even a fully dynamic weather system and a functional safety car.

Now, this is clearly not as slick as a full-fledged driving game, to be sure. But, for a management-focused release, it defines the genre. 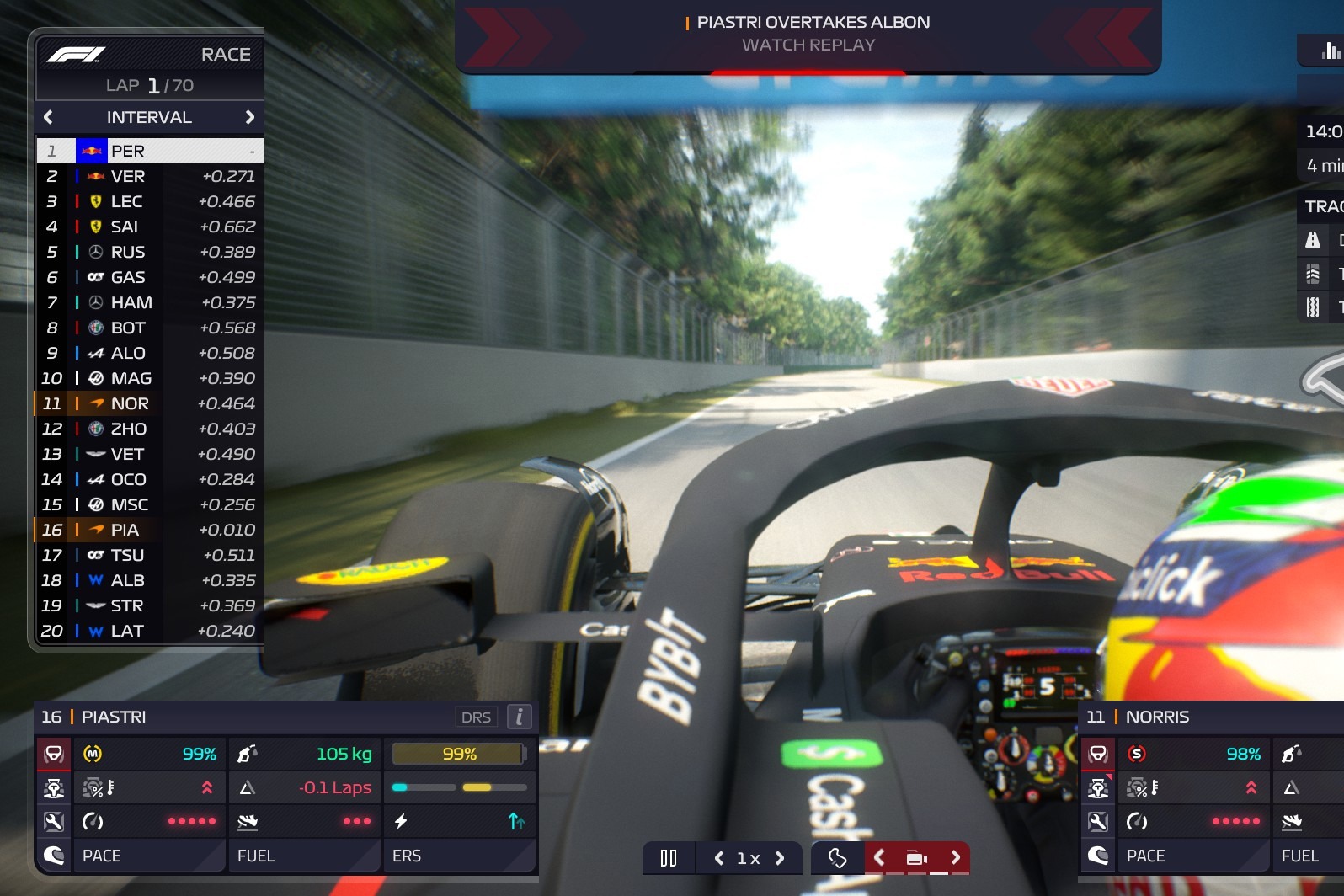 “From the beginning, we knew we wanted this to be a graphical step forward from what people expect when it comes to management titles,” says Fletcher.

“The data and graphics will be exciting for die-hard fans of the sport, but the entire F1 experience is a visual feast that really engages fans.

“We knew that if we wanted to create a ‘broadcast-style’ graphical experience, it had to match what you see on TV. To that end, when you’re on race weekend, you can watch each session unfold from trackside cameras or from a variety of onboard angles with either driver,” said Fletcher.

Sound is also a critical component of the F1 Manager 2022 experience, with experts David Croft and Karun Chandhok and team-to-driver radio communications created after the team reviewed over 25,000 clips from previous races. 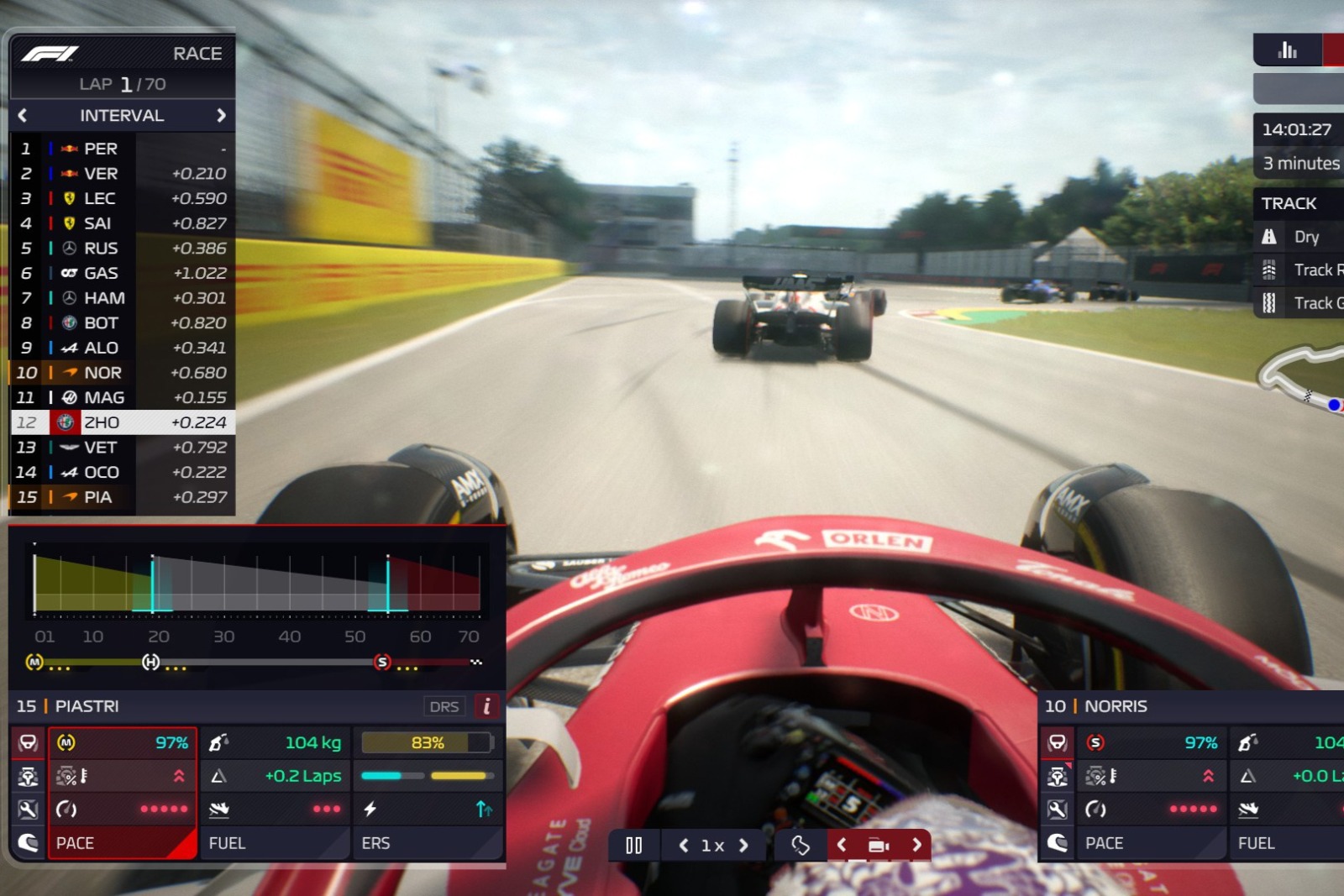 “The process itself is quite complex, as it’s not just about writing and recording,” recalls Senior Dialogue Designer Robbie Mann.

“We also had to work with multiple teams to make sure we got all the footage we needed to create a dynamic system that would react to player performance.

“We hired Crofty and Karun once we had written the original scripts, and they brought their expertise to bear in shaping those scripts to suit their own voices.

“It was often an incredible knowledge-gathering exercise that served us incredibly well throughout the development cycle.

“At one point during our recording sessions, Crofty was hitting over 1,200 words per hour, which is definitely the most I’ve ever seen!”

Now F1 Manager 2022 is available to anyone with a PC, PlayStation or Xbox and the reviews have been largely positive, the culmination of several years of research and development is now available.

But it does not stop there.

“It’s definitely the start of a new franchise, and I think everyone at Frontier is excited to see how it plays out in the years to come,” Fletcher said.

“One of the most rewarding parts of our work is when we see players enjoying the game and creating their own stories.

“We can’t wait to see how they handle the pressure of the hot seat, making those key strategic decisions in a split second and putting themselves to the test over multiple seasons.”