When Android 12 was announced in 2021, its ‘Material You’ design was the highlight. With the ability to customize your home screen and lock screen, last year’s update marked one of the biggest design changes to the Android UI. So now that Android 13 is officially here, the question on my mind was: What’s new here? The announcement feels a bit underwhelming and appears to be more of an incremental update. Frankly, after installing Android 13 on the Pixel 6a, I was struggling to figure out what had changed compared to Android 12. But there are changes, some aimed at better productivity, and it seems that Google is focusing more on big screens and connectivity between devices. Having used Android 13 for the past three days, here are my quick thoughts on this latest update.

Android 13: install it on the Google Pixel 6a

Installing Android 13 on Google Pixel 6a was anything but easy. At first, I thought it might take a day or so for the update to show up, since companies typically roll out in phases. But when I didn’t see the update on the phone for two days, I was confused. The point of Pixel phones is that they are the first to get the latest version of Android.

So I decided to install the device in the ‘beta’ program. And so I got the stable version of Android 13 on my phone. I’m not alone in taking a similar roundabout approach based on experiences shared on Twitter. However, it appears that the regular stable update has also made its way to most phones and should be on your Pixel 6a or other Pixel device. I opted out of the beta to check if the version of Android 13 I was on would be removed, but that didn’t happen. 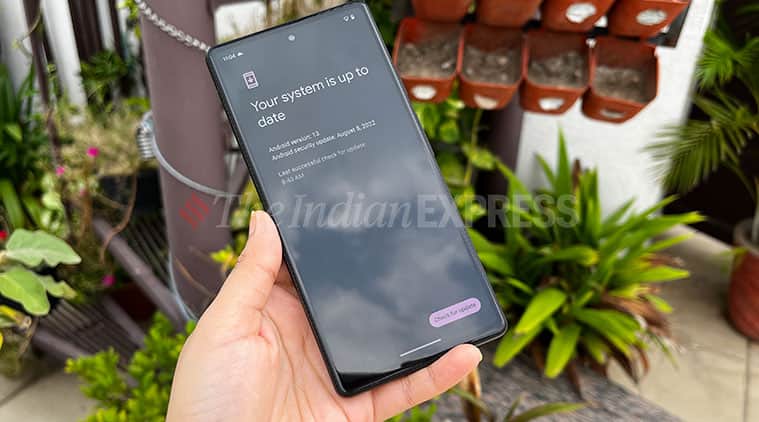 Android 13 on the Pixel 6a. The update should be available on your device starting today. (Image credit: Shruti Dhapola/Indian Express)

The update was around 2 GB in size when I saw the file appear on my phone. Make sure you have enough space on your Pixel device and that you’re connected to Wi-Fi during setup.

Android 13: a bit more ‘Material You’

As I’ve already pointed out, the design changes aren’t that obvious, especially when you first install the update. But Android 13 marks a subtle expansion of the ‘Material You’ theme to more apps beyond the usual Google ones. While themed icons were introduced in Android 12, they are now rolling out to third-party apps as well. So if you have the personalization feature turned on for your home screen and lock screen, you should now see other apps that also follow the same color theme on your home screen. You’ll need to turn on themed icons in the wallpaper settings and it’s still in beta. Hopefully, with more developers adopting this, it will allow for more uniformity across the home screen. But this is limited in the sense that the app developer needs to activate it. For example, I noticed that while the WhatsApp icon was in sync with the theme, the Facebook and Instagram icons have not followed suit. It still feels a bit incomplete.

Android 13: Farewell notifications from all apps

This is perhaps the most unobtrusive and useful feature of Android 13. Now, after installing each app, it will ask you if notifications should be allowed in the first place. If you find your notification tray cluttered with random app alerts, this change should at least grant you some peace of mind. Now you can make sure that only approved apps send notifications. (Image credit: Shruti Dhapola/Indian Express)

A user can directly decide to block notifications from an app soon after download, instead of going into settings etc. I don’t need to see all the notifications from Facebook, Instagram, Zomato or whatever game I just installed. For someone like me, who has access to at least five phone screens a day, this is particularly useful. It ensures that I have at least one less screen to distract myself.

Android 13 is also updating the clipboard for better privacy and the interface is also neater. Now when you copy and paste any text, it appears as a floating window at the bottom with a little share notification next to it. I quite liked this approach. At least I can see what I just copied. Sometimes I find that touch screen based copy and paste causes some numbers or letters to be lost.
Google is also adding more privacy to clipboard and will protect sensitive data in clipboard like bank accounts, passwords etc. The clipboard data will also be cleared automatically after some time. I couldn’t find a setting that confirms this. But in the Settings app, you can also turn on an option to see when an app accesses text, images, or other content you’ve copied. Apple’s iOS already does something familiar, so it looks like Google is catching up.

Android 13 is making privacy even better when it comes to your photo library. It will allow you to share only selected photos with an app, rather than the entire library. Again, these restrictions are already present in iOS.

The only problem at the moment is that the apps must also support this. The app where I could see an option to change the language setting was Google News.

This one will appeal to all of us in India given how often we need to scan payment QR codes. You can now directly access the QR code scanner as a tile in the Quick Settings Menu at the top. I just swiped down the Menu and tapped Edit and I could see the option to add a QR code scanner as a dedicated title.

Additionally, Google will allow more third-party apps that support these tiles to be added to Quick Settings. I have yet to see too many apps that have this option enabled. But it would be great if apps like WhatsApp supported this. 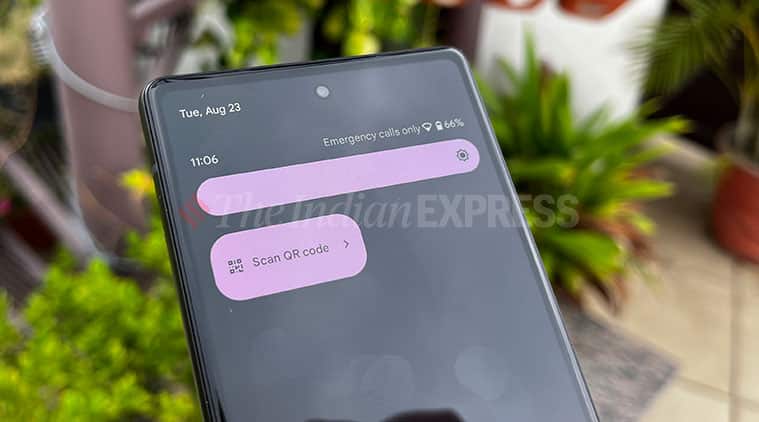 Android 13 isn’t just about adding new features to phones. It’s also about bringing more features to tablets and making the software better optimized for larger screens and other form factors. There’s better productivity, multitasking on tablets, a new taskbar, better split-screen view, to name a few features. There’s also better continuity between Android phones and Chrome, for example the ability to send and receive messages from the laptop on the phone. Or the ability to copy any content from the phone and paste it onto the tablet. Unfortunately I can’t access or test any of this because a) I don’t have a Chromebook and b) I doubt any tablets have Android 13 yet.

Android 13: So how much are you missing?

At the moment, if your phone is still running Android 12, you’re not missing out on much. And of course, developers need to embrace some of the features Android 13 introduces as well. Yes, the Android 13 update doesn’t have the pomp and panache one normally expects in new software.

But it does come with some subtle features and changes, which I think make it much more productive and useful. The notifications aspect is especially welcome as it can reduce distractions for many of us. The improved clipboard and better privacy for the photo library are also nice. Google is also adding support for Spatial Audio and Bluetooth LE. The former will require headphones that support this.

What I am keen to test is how Android 13 improves tablets considering they are having a major revival moment in the Indian market with various brands launching many affordable and mid-range tablets. Most of these are on Android 12 and we don’t know when Android 13 will come to these tablets. And that’s still Android’s biggest problem.

We don’t know when most phones, including slightly premium ones, will receive the update. This is because testing and tuning, along with chipset support, takes time for most manufacturers. Some like OnePlus, Oppo, Realme, Samsung, and Vivo have announced their Android 13 timeline. But the process ends up taking a few months at the very least. So yes, if you have a non-Pixel device, then your wait to experience this latest version of Android could be a long one.