Waiting for the next version of Android may not be immediate if you do not have a Pixel, but at least one manufacturer’s plans are not far behind.

When Apple releases a new mobile operating system, you can bet the download is not far behind. Unfortunately, the same is not true for people living in the Android world, as releases are often not immediate, thanks in part to how phone makers change things to suit their devices.

Google devices are often the only reliable versions of Android, and everyone else has to work to match the next OS to their phones. With a new version of Android only being released for a week, that time could be quite a long time for some phone owners.

But it seems that at least one mobile manufacturer will not be left behind, with Oppo announcing that the next version of its ColorOS will arrive very soon, with ColorOS 13, clearly based on the name of Android 13.

And probably in other areas, because just like Google’s focus on customization and looks, ColorOS 13 will apparently also cover looks, covering card layouts, a light-based color change at sunrise and sunset, plus Some tweaks to images loading on screen when using Oppo’s always-on display technology. 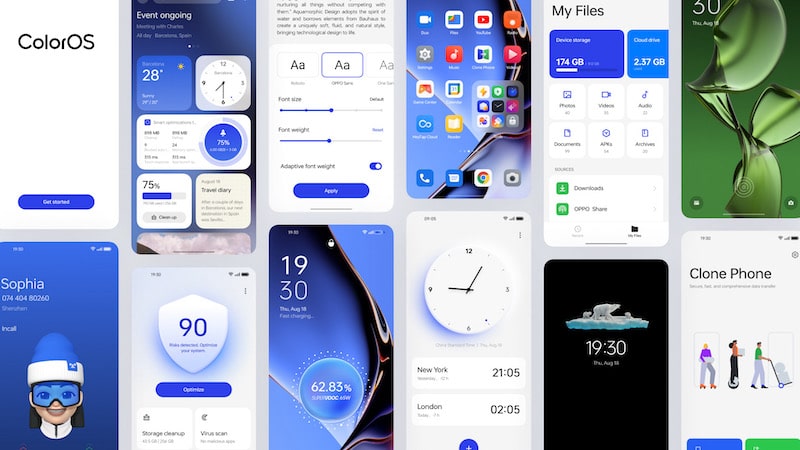 Oppo notes that its new OS will include something it calls a “Dynamic Computing Engine,” which it says should improve overall performance, manage resources and battery life by improving power consumption.

ColorOS 13 will also bring improvements to the way you use Oppo phones with your computer, security changes, and more, and interestingly enough, it will even start to see release very quickly.

The first models to sport the update will be from this year’s Find X5 range, with August receiving those drops, while September will see last year’s Find X3 Pro and Reno 8 Pro 5G. Starting in October and November, Oppo expects quite a few A-series and Reno models, covering the Reno 6, Reno 7, and Reno 8, as well as the A76, A77, and A96, to name a few.

The older Find X2 models will appear in December, along with a few more Reno and A models, including the A94 5G, while many more will launch next year.