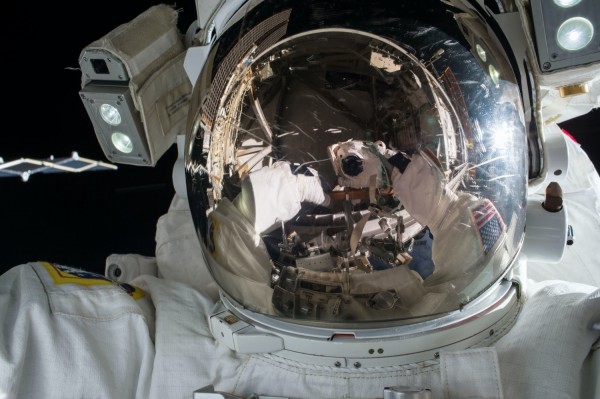 In a first-of-its-kind study conducted at the Icahn School of Medicine at Mount Sinai, it was found that astronauts are at increased risk of contracting DNA mutations, increasing the likelihood of cancer and heart disease during their careers that possibly arose of space flights.

According to Phys.org, in a recent study aimed at putting more pressure on the health of astronauts, researchers conducted a study to see how spaceflight affects your entire body system.

A team of researchers from the Icahn School of Medicine at Mount Sinai obtained blood samples from National Aeronautics and Space Administration (NASA) astronauts who piloted space shuttle flights. The astronauts in the research made relatively short space shuttle flights (an average of 12 days) between 1998 and 2001. Their average age was 42, they were mostly men, and six of the 14 were on their first mission.

The researchers took whole blood samples from the astronauts 10 days before their mission and on landing day, and white blood cells three days after. The samples were kept at -80oC for almost 20 years.

Subsequently, the study detected somatic alterations in the DNA of the blood-forming system or hematopoietic stem cells in the 14 astronauts who were investigated. These observations, published in the August issue of Communications Biology, show that spaceflight may be linked to these mutations and highlight the importance of continued blood testing of astronauts throughout their careers and beyond retirement to maintain your health.

These mutations in question are somatic in nature. Which means it’s a mutation that develops after a person is conceived and in cells other than sperm or eggs, meaning it can’t be passed on to offspring. The mutations found in this study were distinguished by an excess of blood cells produced from a single clone, a process known as clonal hematopoiesis (CH).

Such mutations are commonly caused by environmental conditions, such as exposure to ultraviolet light or certain chemicals, and perhaps the result of cancer chemotherapy or radiation therapy. There are rarely symptoms or indicators of CH; most people are found by genetic testing of their blood to check for other disorders. Although CH is not always a sign of disease, it has been linked to an increased risk of cardiovascular disease and blood cancer.

“Astronauts work in an extreme environment where many factors can give rise to somatic mutations, most notably space radiation, which means there is a risk that these mutations will develop into clonal hematopoiesis,” said lead author David Goukassian, MD, professor of medicine (cardiology) with the Cardiovascular Research Institute at Icahn Mount Sinai.

Dr. Goukassian further says that, given the growing interest in both inexpensive spaceflight and deep space exploration, the potential health consequences of repeated or long-duration exploratory space missions have always been predicted.

A Tech Times article in 2019 reported the same sentiment, noting the health dangers facing astronauts on spaceflight at the Health in Space: Daring to Explore exhibit.

In a statement by former astronaut Robert Thirsk, “The nature of weightlessness, ionizing radiation, and psychological isolation must be better understood if spaceflight is to be safer for future astronauts as we venture to the Moon, Mars, and beyond.” “. ,”

Also read: ISS astronauts talk about the health issues they face in space

How can this research help?

Dr. Goukassian concluded that these investigations revealed the ability to determine the health risk to astronauts during spaceflight. What is needed now is to conduct retrospective, well-controlled, long-term future research with large numbers of astronauts to see how that risk evolves over time. At the same time he correlates that data with his clinical symptoms, images and laboratory findings.

This will allow medical staff to make accurate predictions about which people are most likely to get the disease, paving the way for personalized precision medicine strategies for early intervention and prevention.

This article is property of Tech Times

ⓒ 2022 TECHTIMES.com All rights reserved. Not to be reproduced without permission.