Yesterday, Japanese retailers revealed that a new version of Sony’s PlayStation 5 consoles (called ‘CFI-1200’) will launch on September 15. now australian post press start has found this latest edition to be lighter than the 2021 revision. 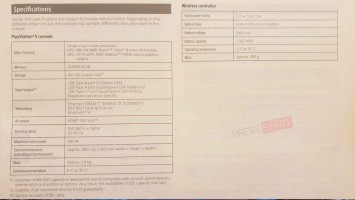 That previous edition (‘CFI-1100’) was 300g lighter than the launch model (for the digital edition), due to a heatsink redesign. It is quite possible that this latest revision will also reduce weight by reducing the heat sink. It is interesting to note that the new disc edition now weighs as much as the original digital edition.

There is some speculation that this revision moves the APU to a 6nm node (down from the original 7nm node), but that has not been confirmed. If true, it will need less refrigeration, which could justify the weight savings. Either way, the latest revision is said to be optimized for faster production.

P.S. In case you missed the bad news, Sony is raising PS5 prices almost everywhere. See our post for up-to-date prices (up to 6% or 21% depending on region).