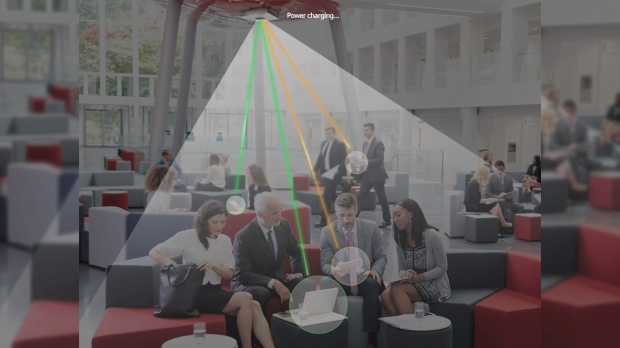 Researchers at Sejong University in South Korea have created a new laser charging system that can transmit energy using infrared light up to 30 meters (98.4 feet) away, offering a safe alternative to wired charging. for mobile devices and powers the Internet of Things (IoT) devices spread over an area. The system could deliver 400 milliwatts (mW) of power over this distance, enough to charge sensors but not yet enough to charge mobile devices.

Wireless power transmission has been achieved. at greater distances, but safely transmitting power over meter-scale distances has posed challenges. The researchers overcame this with a technique known as distributed laser charging, separating the laser’s transmitter and receiver, creating a laser cavity between them through which light-based energy can be transmitted. When line-of-sight is interrupted by a device, the system automatically switches to a power safety mode that allows it to deliver power wirelessly and safely.

“While most other approaches require the receiving device to be on a special charging cradle or to be stationary, distributed laser charging allows for self-alignment without tracking processes as long as the transmitter and receiver are in line-of-sight with each other. of the other. It also automatically switches to a safe low power delivery mode if an object or person blocks line of sight.said investigation team leader Jinyong Ha.

“The ability to wirelessly power devices could eliminate the need to carry power cords for our phones or tablets… Using the laser charging system to replace power cords in factories could save on maintenance and replacement costs. This could be particularly useful in harsh environments where electrical connections may cause interference or pose a fire hazard.Ja said.

You can read more about the study here.